O’Malley was forced to become a contract lawyer when the dotcom she was working for went bust and couldn’t afford a full-time lawyers on staff. A half dozen years later, when she had a string of three young boys, she came to appreciate her good fortune at not being tied to the typical six-days-a-week grind of colleagues working at full-time jobs.

“As soon as I had my first child, it all clicked,” she recalled.

She was the rare woman attorney who was able to keep a good balance between work and family. Thanks to her experience and credentials, she was doing work for companies like Google while being able to spend quality time every day with her sons. The gratitude O’Malley felt at her rare good fortune led to an epiphany — there must be many other women attorneys seeking the same balance.

A huge attrition rate among big-firm female lawyers had produced a serious imbalance in the legal profession. Women had been making up over 50% of the students graduating from top law schools for the past quarter century but they only made up 15% of partners at leading firms because so many were quitting to devote time to raising kids.

In reinventing herself, O’Malley noted that she was “also reinventing a very broken industry.”

In 2006, at the age of 33, O’Malley founded Paragon Legal to offer seasoned intellectual property lawyers like herself to tech firms to help house counsel handle legal work on a project basis at a fraction of the cost they would have to spend for on staff lawyers or big-firm lawyers.

“I started Paragon because I wanted to spend time with my kids,” she says. ”I tell people to have a goal for how they’re going to change their life. Be creative, because the business world does not prioritize building strong families.”

Today Paragon has 60 lawyers on its roster billing out at an average rate of $200 an hour. O’Malley is expecting to do about $8 million in billing this year. That works out to an average billing of $133,000 per lawyer or about 665 hours per lawyer — leaving plenty of time for birthday parties, soccer games and school plays.

Mae Tai O’Malley graduated with a BA in political science from Stanford, then received her JD from UC Berkeley’s Boalt Hall School of Law. She began her career as an associate at the leading San Francisco firm of Morrison & Foerster before jumping ship to work as an in-house counsel at a series of tech startups. When the dot-com boom turned to bust she began working for various firms on a contract basis. In 2006 she turned down a chance to go in-house with Google to start up Paragon Legal. 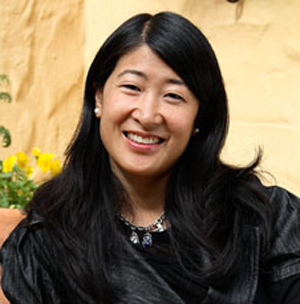 Mae Tai O'Malley founded Paragon Legal in 2006 to make use of the energies of seasoned lawyers who happened to be devoted mothers.